Isaac Khisa (The Independent, Uganda), emerged the winner for the Best re/insurance Print Article [English category]. His story, titled ‘‘Across Sub-Saharan Africa, tech-enabled microinsurance is the next big thing” describes how insurance firms can leverage on the growing mobile phone subscription to extend insurance services to the low income earners who are,in most cases, not catered for under the current conventional insurance services.

David Njagi, a freelance journalist from Kenya, bagged the award for the Best re/insurance Online Article [English category] for his feature “Voice of resilience: Kenyan radio builds herders’ trust in drought insurance”, which was published in Thomson Reuters. The story focuses on how a community-based radio is helping Northern Kenya understand and learn how to benefit from Islamic weather insurance (Takaful).

The award for the Best re/insurance Broadcast Article [English category] went to Destiny Onyemihia (Voice of Nigeria, Nigeria) for his story, “Sustaining businesses through cyber insurance” that explores how businesses can sustain their operations in the midst of the rising cyber threats and attacks in the country.

Joel Assoko (Jeune Afrique Media Group, France) emerged the winner for the Best re/insurance French Article – print/online/broadcast. In his story, ‘‘La guerre des assureurs aura bien lieu’’ (Original French title of the article that could be translated as ‘Indeed, the War among Insurers will take place’). Joel explains about a profession which is not well known or understood in Africa, and is usually mentioned only in critical and negative situations. Yet, it is still a vital pillar for African economies, one that can promote balanced growth and ensure a better future. The aim was to allow the general public get more familiar with the crucial changes occurring within the industry. 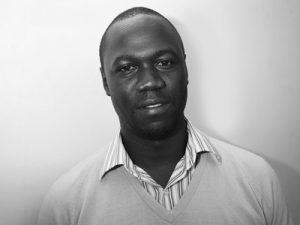 The Future Talent Award was won by Dominic Omondi (The Standard Group, Kenya) for his inspiring article titled “How doctors are dragging medical insurers to early grave” that addresses the issue of perverse incentives, and how insurance companies in Kenya have sunk into losses as healthcare providers inflate their charges. This award was recommended by the
judges to recognise the outstanding entry among the four categories. It replaces the existing pan-African re/insurance Journalist of the Year Award.

In recognition of the winners’ participation and exemplary reporting, Continental Reinsurance will offer a cash prize of USD2000 for Future Talent Award, USD1000 for the category winners and USD500 for the 1st and 2nd runner-up positions. All the winners will benefit from mentorship on re/insurance reporting.

‘‘We hope that these awards inspire you to cover issues related to re/insurance and improve the overall quality of reporting,” noted Dr Femi Oyetunji, Group CEO, Continental Reinsurance during the virtual event.

Dr Oyetunji added: “We will continue to support and build capacity for journalists so they can contribute to the development of the re/insurance industry in Africa,’’ The 15 countries whose journalists participated in the awards were: South Africa, Nigeria, Kenya, Uganda, Botswana, Ethiopia, Tanzania, Ghana, Zimbabwe and Malawi, Zambia and Namibia (Anglophone).
Francophone countries represented were Morocco, Cameroon and Benin.

‘‘Even though we’ve seen the number of entries double over the years, we wish to encourage more female participants to enter for future awards,’’ said Dr. Oyetunji.

All the entries were evaluated by an independent judging panel consisting of international experts in insurance and journalism. Michael Wilson, the Chief Judge commented: “It’s been a particularly strong year for submissions. As chair of the international panel of esteemed judges, I can tell you that choosing the winners wasn’t very easy this time around.’’

Now in its fifth year, the Pan African Re/Insurance Journalism Awards recognise the outstanding work of re/insurance journalists from across the continent and require participants to demonstrate how their articles have raised awareness and understanding of the re/insurance sector in Africa.

This year’s award ceremony was scheduled to take place during the Continental Re’s 7th CEO Summit in Morocco. The event was however cancelled due to the current COVID-19 pandemic that has seen many countries institute measures to contain the spread of the virus, including imposing tough travel restrictions.

Continental Re is pleased to announce the appointment of Mr Ogadi Onwuaduegbo...

Continental Reinsurance Plc is pleased to announce 100% ownership of its Botswana...

Questions? Get in touch

Contact Us
We have a diversified team of experts strategically deployed throughout our regional operations.
CORONA VIRUS [COVID-19]

We note that uncertainty across the world is affecting businesses everywhere. We are faced with short-term risks, and your individual companies and countries may suffer setbacks. As a catalyst for development, this crisis gives us insurers and reinsurers an opportunity to make an impact on our countries and continent.

For us at Continental Re, what is encouraging is that our operations are propelled by global technological trends and our internal preparedness. As a pan-African player, we have embraced innovative business practices and fresh thinking, forged by our experiences across Africa.

We have tested our systems and confirm that we continue to support you uninterruptedly. We will credibly deliver on our brand value for responsiveness through our various teams in Lagos, Douala, Nairobi, Abidjan, Gaborone and Tunis. Our operations are going on as usual but with significantly increased health and safety measures in place. Be assured that we will continue to support your needs.