Business journalists from across Africa are invited to submit, within the next three months, entries for the 6th edition of the Pan African Re/Insurance Journalism Awards.

Similar to past editions, the 2021 Awards are open to all business journalists from anglophone and francophone countries. Interested candidates should submit their entries between October 1st and December 31st, 2020 via the following link.

Now in its sixth year, the Journalism Awards target business journalists from Anglophone and Francophone countries in Africa and aims to recognize and acknowledge the good work of media on the continent.

Sponsored by Continental Reinsurance, the Pan-African Re/Insurance Journalism Awards recognise the outstanding work of journalists on re/insurance from across the continent. Successful candidates have to demonstrate how their articles have raised awareness and understanding of the re/insurance sector in Africa.

The awards are an extension of Continental Reinsurance’s continued commitment to the advancement of excellence in the industry. The Pan-African Re/Insurance Awards were launched in April 2015. 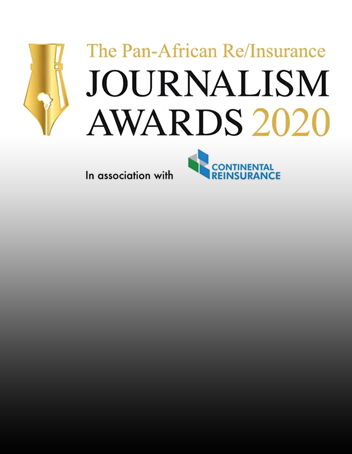 Submission can be either a published article (print or online)or a broadcasted radio/television clip in English or French. The review period is the 12 months leading up to the submission deadline date. Entrants have to be based in an African country. Only 1 article can be entered for each category. Submit entry via https://www.continental-re.com/awards/

A 100-words motivation note explaining the reason for creating the article/clip.

Include your name, media organisation, the publishing/broadcasting date, a brief profile and a photo.

Submission can be either a published article or (print or online),a broadcasted radio/television clip in English or French. The review period is the 12 months leading up to the submission deadline date. Entrants have to be based in an African country.

The categories in the 2021 awards are:

An international judging panel comprising industry experts and academics in journalism will review and select the winner entries.

The judging panel will evaluate all submitted material according to the quality of information and how it contributes to raising awareness of the insurance and reinsurance sector in Africa.

The judges involved in selecting the 2020 winners are: 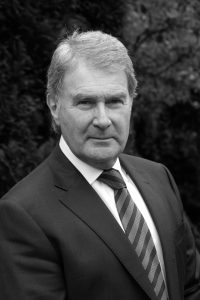 Mr. Wilson joined Sky TV at its inception in 1989 and for over 20 years he was a main anchor for Sky’s coverage of major business events. Since leaving Sky, he has broadcast for the BBC, ITV, Fox News, Al-Jazeera and Arise Networks, a global television service aimed at Africa. 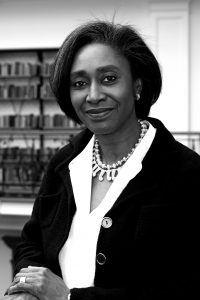 Ms Mensah-Acogny is a journalist and columnist at Forbes Afrique, where she is the author of the annual ‘100 Most Influential Women in Africa’report. She has over 30 years of experience as a communications expert and is the co-founder of Acosphere, a business consultancy. Ms Mensah-Acogny is also a member of the Board of Trustees of the Africa Centre in London and a member of the Council of Women In Africa WIA. Ms. Nadia was the Chair of the PanAfrican Re/Insurance Journalism Awards2018 judging panel.

Kenneth Igbomor is a seasoned financial journalist and business news television producer and is currently the Market news editor for CNBC Africa, where he heads the West Africa editorial team. He is also a development economist previously working as a financial planner in the insurance industry in Nigeria. He remains an ‘unrepentant optimist’ about development outcomes in Africa. 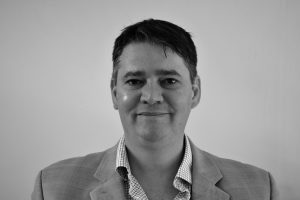 Gareth is a professional freelance journalist and writer who specialises in the financial services industry. Based in South Africa, his work has been published in magazines and newspapers including Daily Mail & The Guardian, Financial Mail, FA News, FIA Insight and others. He is the author of a basic guide to stock market investing and the co-author of ‘Short Term Insurance in South Africa 2016’. Gareth currently writes on risk management and insurance topics and contributes as a reporter to Commercial Risk Africa. An outstanding financial/ insurance writer, Gareth won the Pan African Journalist of the Year award in 2017 Pan African Re/Insurance Journalism Awards and Special Award in 2018. 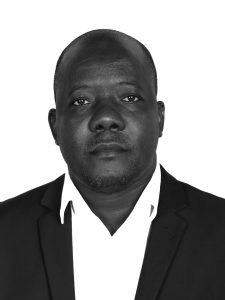 Dr Jared Obuya is an experienced journalist, having worked with several Kenyan media houses (Standard Group and Nation Media Group) as well as international news organizations including BBC – in various editorial capacities. He has also been a correspondent and member of the Paris-based press freedom organization, Reporters Without Borders and Secretary General of the Kenya Union of Journalists (KUJ). He has been on the panel of judges of the Annual Journalism Excellence Awards administered by the Media Council of Kenya, and the East African Media Awards administered by the East African Community (EAC). Currently, Dr. Obuya is a lecturer at the Department of Communication Studies, School of Information Sciences, Moi University. 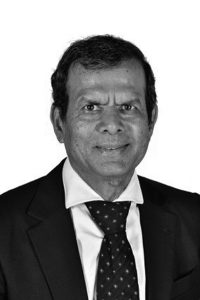 Shiamdass has over 40 years’ experience in the Africa’s insurance industry. He’s skilled in Reinsurance Programme structuring, designing risk finance vehicles, and Captive Insurance. He’s the Founding Partner and Director/Consultant,former CEO and former Chairman of Reinsurance Solutions Group companies in Mauritius, Kenya, Cote D’Ivoire and London, UK. Previously, he held positions of CEO and Director of Guardrisk Insurance, a major Cell-Captive Insurance provider, and Regional Director in Nairobi of African Reinsurance Corporation. He is a Chartered Insurance Broker and has an MBA from Cass Business School.

Continental Re Salutes Journalists For Impactful Reports On Re/insurance

Africa:Continental Re salutes journalists for impactful reports on re/insurance 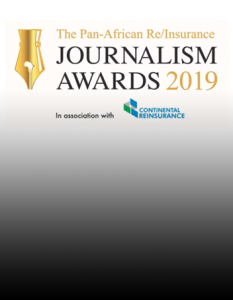 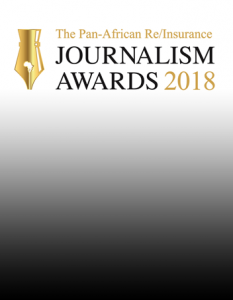 Odimegwu Onwuwere, a journalist with Nigeria’s Africa Prime News has bagged the Pan African Journalist of the Year Award for the 2018 Pan African Re/Insurance Journalism Awards sponsored by Continental Reinsurance. 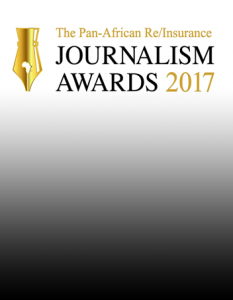 Pan-African Journalism of the Year Award

Continental Reinsurance Plc has today announced the jury members for the second edition of the Pan-African Re/Insurance Journalism Awards.

The 2017 Pan-African Reinsurance Journalism Awards winners were announced at a gala dinner in Dakar, Senegal, shining a spotlight on the excellent work of African media in..

The inaugural Pan-African Re/Insurance Journalism Awards were held at the Eden Blue Hotel in Mahé, Seyechelles on 21 April 2016. 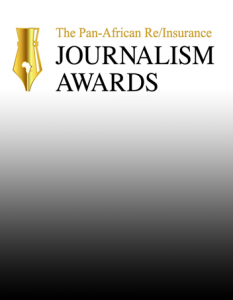 How do I qualify?

The judging panel will evaluate all submitted material according to the quality of information and how it contributes to raising awareness of the insurance and reinsurance sector in Africa.

What do I need to enter?

You have to provide an explanatory brief, which should be a short 50 – 100 words description of your work to give the judges the background and context to the project, and a brief personal profile and your best photo. You must also submit your published article or broadcast clip together with your name, media organisation and the date the article or clip was published or broadcasted. Your submission should specify the awards categories that you are entering for.

What is the maximum file size for my entry?

The maximum file size is 5 Mb. Please, use wetransfer.com if your application files exceeds it and add the link generated directly in the email that you will send over.

Can I enter the same project into more than one category?

No, you can only enter the same project in 1 category.

Questions? Get in touch

Contact Us
We have a diversified team of experts strategically deployed throughout our regional operations.
CORONA VIRUS [COVID-19]

We note that uncertainty across the world is affecting businesses everywhere. We are faced with short-term risks, and your individual companies and countries may suffer setbacks. As a catalyst for development, this crisis gives us insurers and reinsurers an opportunity to make an impact on our countries and continent.

For us at Continental Re, what is encouraging is that our operations are propelled by global technological trends and our internal preparedness. As a pan-African player, we have embraced innovative business practices and fresh thinking, forged by our experiences across Africa.

We have tested our systems and confirm that we continue to support you uninterruptedly. We will credibly deliver on our brand value for responsiveness through our various teams in Lagos, Douala, Nairobi, Abidjan, Gaborone and Tunis. Our operations are going on as usual but with significantly increased health and safety measures in place. Be assured that we will continue to support your needs.